Do Androids Dream of Electric Flowers?

Since moving into our house a few years ago, I've been able to identify most of the existing flora.  There are a few, however, which continue to mystify me.  It also turns out that I'm not so great at describing my flowers to Google:  "Purple... uh, flower-shaped... flower.  And it's little."  Turns out "little purple flower" doesn't give that specific of results.  I had a teensy moment of irritation that Google couldn't just read my mind, but then I realized that if it could, it would mean the machines have finally taken over, which led to the malignant suspicion that maybe thoughts like "Jeez, Google, just read my mind already!" are how it all starts and maybe Google planted that thought in my mind and I should recognize it as the beginnings of the inevitable AI coup.

Terrifying robotic overlords aside, I'm going to be asking you guys for help throughout this growing season.  I'll be posting photos of unidentified flowers as they bloom, and maybe you guys- real human beings- will be able to help figure out what they are (and yes, I do see the irony of this whole conversation/ paranoid rant taking place on a blog hosted by Google).


So!  First flowers of spring, and I have no idea what they are.  That's a promising sign, right? 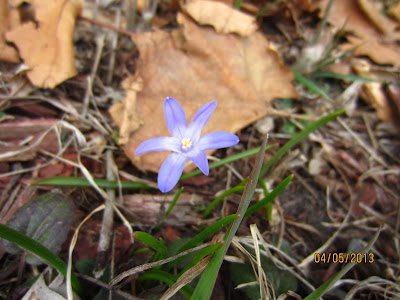 They're a darker purple than they appear in this photo, and small, and uh, flower-shaped. 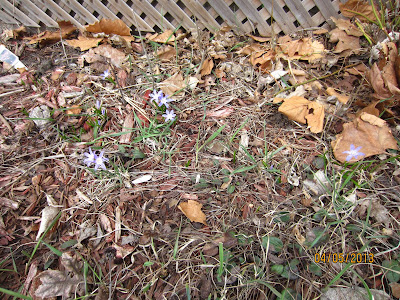 See 'em in there?  Really small. 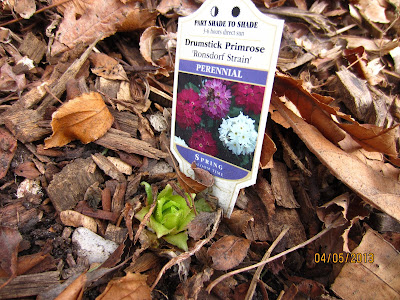 In other exciting flower news, two of the three drumstick primroses I planted last summer have survived the winter!  They didn't bloom at all last year, so here's hoping for buds sometime soon.

Any ideas as to what those little purple flowers are?  (COME ON, HUMANS!)

UPDATE:  Big thanks to Cassi Renee, who determined those mystery flowers to be Glory of the Snow!