The Good and The Bad From Adelaide's Winter Concert 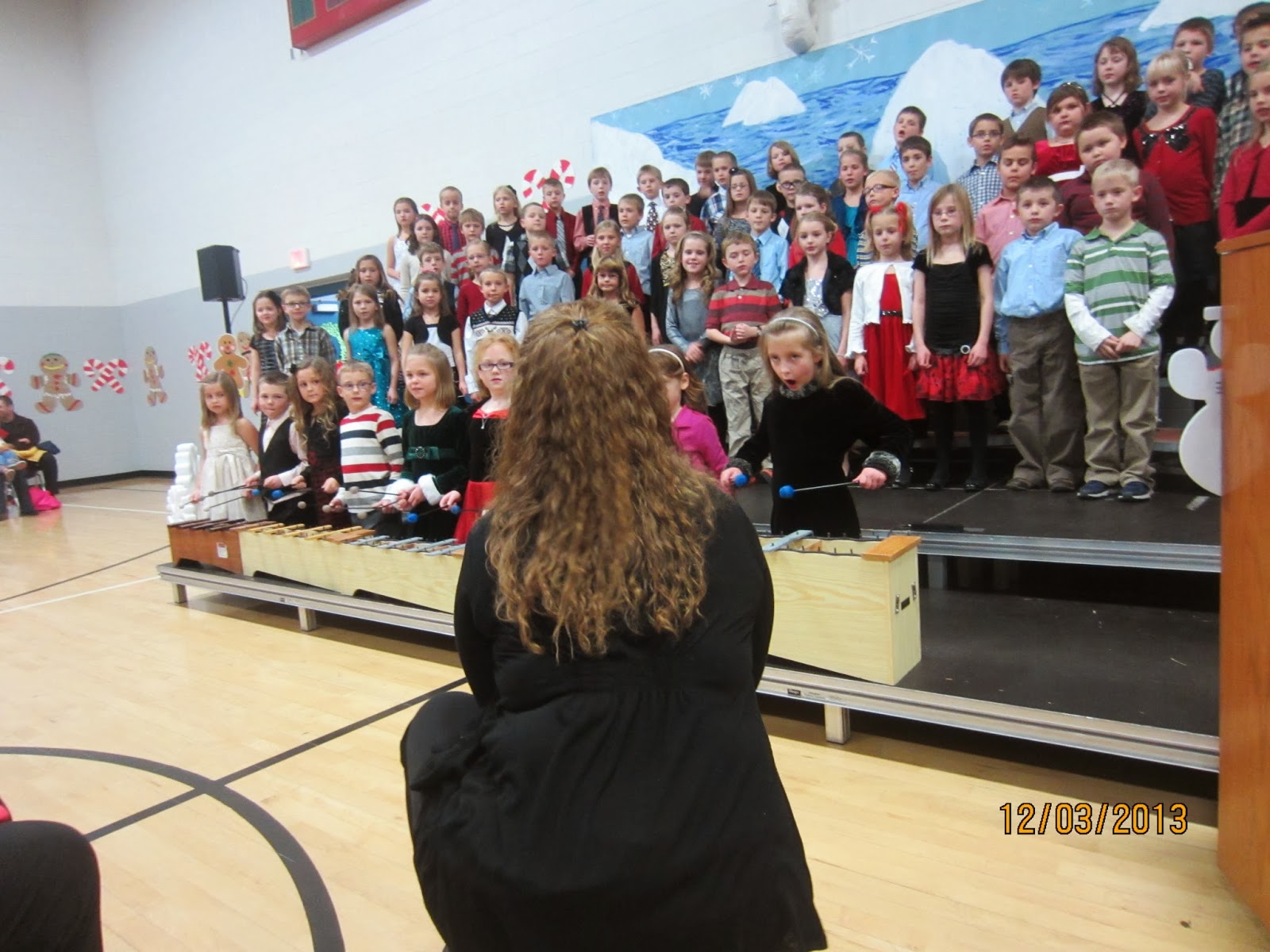 Ours is the farthest to the right of those standing behind the metallophone.  If you click to embiggen you'll see she's also the weird one.  This is surprising to exactly no one.  I think she liked the feel of the fur collar on her chin; she kept unconsciously doing it when not singing.  Better than picking her nose, something a couple of her classmates felt no compunction about doing in front of an audience.

So: except for the nightmares I still have about those kindergarteners, it was overall very, very good.