Warning: The Word "Vomit" And Its Synonyms Appear A LOT In This Post

Yesterday afternoon, immediately after writing a blog post, I cleaned the bathroom downstairs, then headed upstairs to clean that bathroom.  I wish I could say this is regular practice- you know, daily bathroom disinfecting- but it's just not.  I've been especially vigilant about having clean bathrooms and doorknobs and such because this is what the smaller inhabitants of our house have been doing: 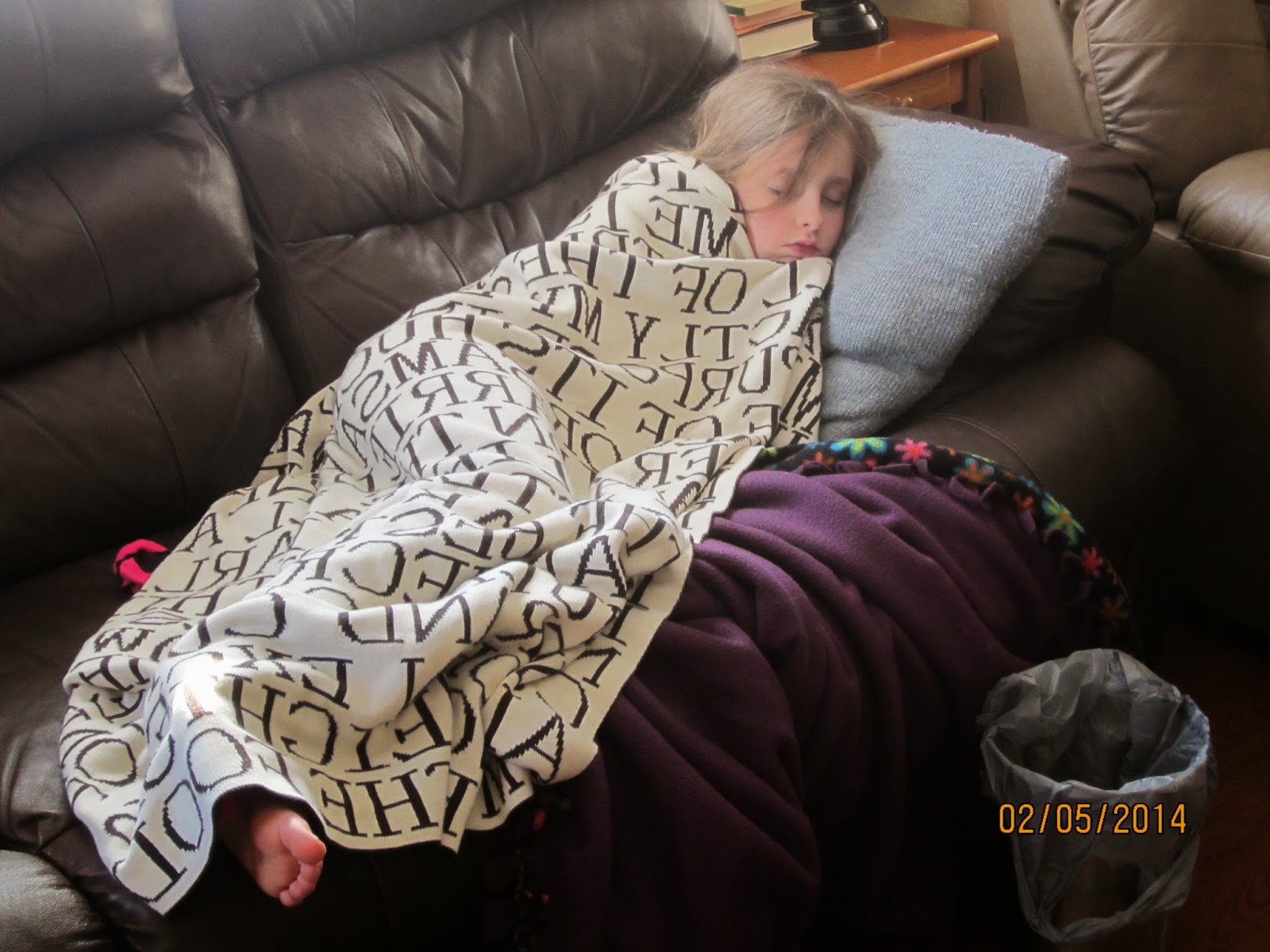 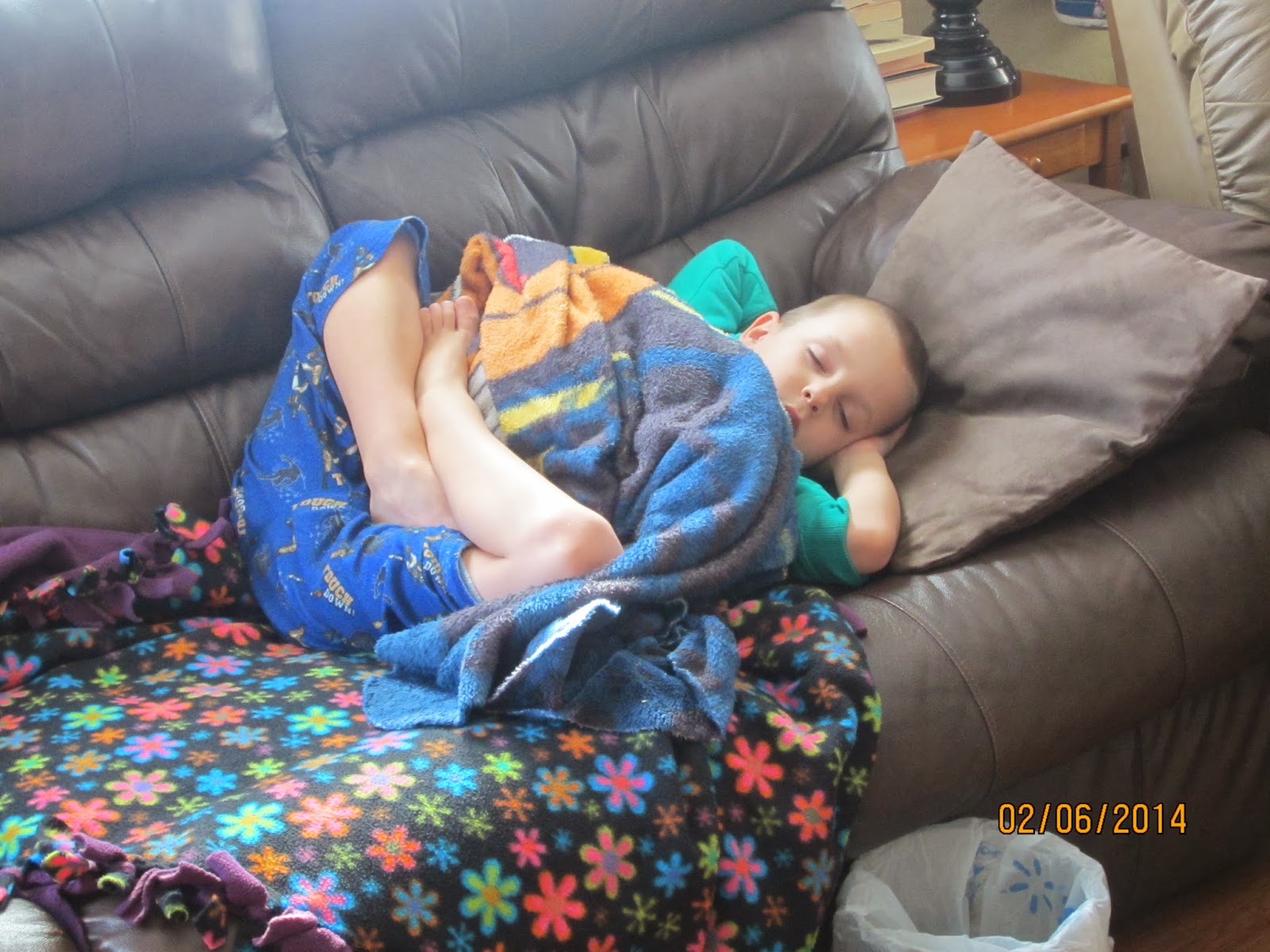 That's not just regular napping- that's vomit-recovery napping.  Thankfully the worst of Adelaide's illness occurred yesterday, and after spending the morning resting, she seems to have mostly recovered this afternoon.  Atticus, however, started up with the spewing last night, and, as of several hours ago, was still going strong, stomach contents ejection-wise.

Back to the hyper-vigilant cleaning:  I went into the upstairs bathroom, happy I was getting all this done while both the boys were napping.  When I opened the toilet lid, however, I found something unexpected: a toilet bowl full of puke.  Why unexpected?  Because Atticus and Adelaide, my two pukers, had been downstairs throughout naptime.  Caedmon was the only kid upstairs, and thus far, he hadn't been sick.  Surely he would have cried out for me if he'd thrown up.  Surely he wouldn't have made it to the toilet.

I was so excited.

Excited because I had a real live puke-ninja on my hands.  Do you know how accurate our kids' puke-aim is?  Not accurate at all.  Do you know how often our kids' prefer privacy when vomiting?  Almost never.  Yet here was proof that our three-year-old, of all people, had gotten up during his nap, by himself, thrown up in the toilet, then put himself back to bed.  Sure, he forgot to flush, and I'm positive he didn't wash his hands, but who the heck cares when you're the stealthiest puker in the house?

I realize how this sounds, okay?  I mean, who's thrilled to find a toilet full of puke in their house?  Someone who's desperately searching for silver linings, that's who.  Don't ruin it for me, friends.