Let's take a break from the book reviews and talk about gardening instead, even if I do see nothing but grey and white and brown when I look out our window.


I went to Earl May yesterday to buy carrot seeds (and only carrot seeds).  Just something to get me through to a time when we supposedly won't be surrounded by miles upon miles of snow and ice and freezing cold temperatures.  Something very mysterious happened while I was in the store and I left with not just carrot seeds but also a couple different kind of seeds for gourds and some for ornamental eggplant and flowering kale and I don't even remember what else.  The real miracle is that I only bought one packet of flower seeds: 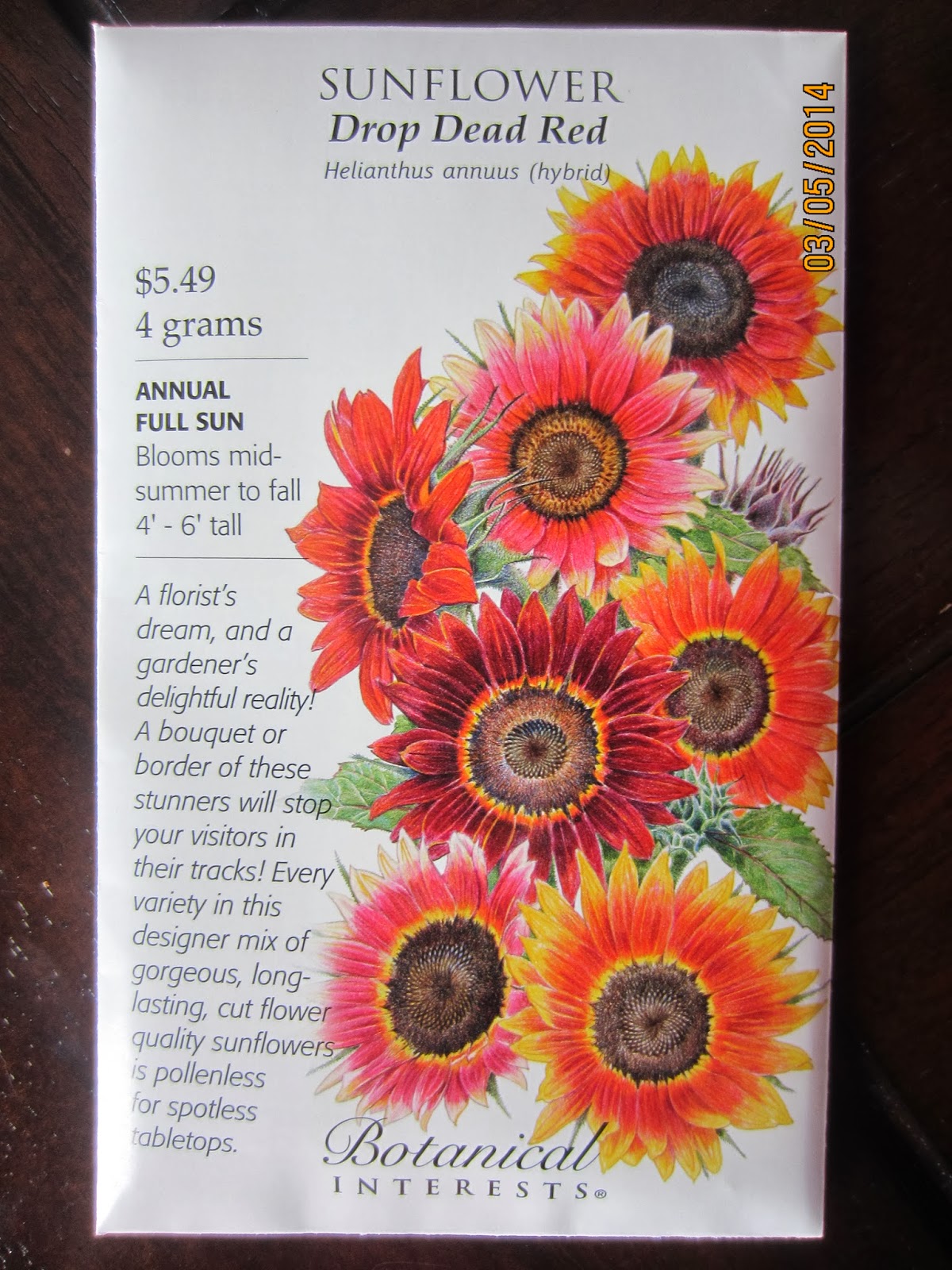 I'm a sucker for beautiful flower illustrations anytime, but this one is just gorgeous in person.  You know it's a fancy packet of seeds when they credit the illustrator on the back of the packet (Carolyn Crawford, fyi), and the packet itself is at least twice the size of most others.

I can already tell it will be beyond my ability to simply throw this packet away once I've planted its seeds (by the bye, Derek, that is not an invitation to "help" me toss it, but thanks anyway), but I'm not sure what to do with it.  Simply find a small frame for it and frame the whole thing?  I really don't want to cut it up... I don't think.  I do, however, know exactly where I to plant these sunflower seeds:  in a flower bed in our front yard that has, by some miracle, remained relatively untouched by me thus far, despite the fact that it's one of the few beds in our yard fortunate enough to enjoy full sun.  It's basically just a big rectangular drift of yellow irises that have been there for who knows how long, which means it's beautiful for the few weeks in spring the irises are in bloom, but pretty blah the rest of the year.  I spent approximately four thousand hours (or just four, which is pretty much the same thing) one day last summer dividing them and adding several other colors of iris plants from my grandparents.  Even with a little variety in color, iris-wise, the bed very obviously needs to be more useful and interesting in the summer and fall, so the plan is to sow the majority of these Drop Dead Red sunflower seeds in that bed amongst the iris rizomes.  This bed is also located just under a large window in our living room, and my hope is that they'll be tall enough to be visible from inside the house.  Well, my biggest hope is that the actual flowers will be as stunning as both the illustration and the text on the packet promise.

Went to the plant nursery for something useful, came out with a handful of seed packets for flowers and numerous other (relatively) useless ornamental plants.  Sounds about right!