Six Years' Worth of Atticus

We interrupt the regularly scheduled St. Paul recap for this important announcement: 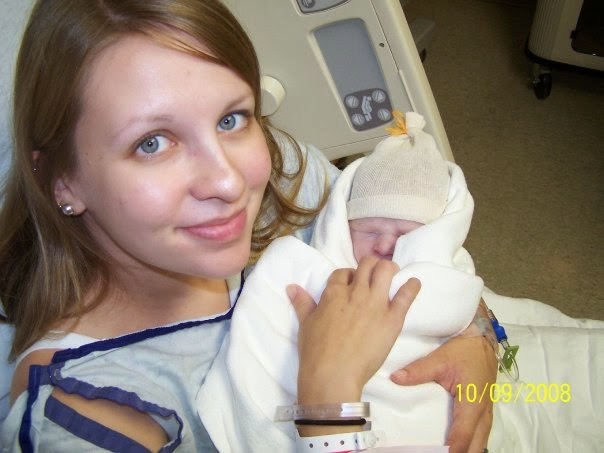 See that little scrunchy-faced thing in my arms, still covered in vernix caseosa?  That would be our very own Atticus.

It's hard to believe that on this day, six years ago, Derek was taking me in to the hospital to be induced.  I was four days overdue, and the doctor was getting anxious to get the little guy out, worrying he was getting too big in utero.

They started the pitocin drip, we were assured we'd have a bouncing baby boy within a few hours, and everything was going swimmingly.

A few hours in, however, my contractions began to slow down.  They started saying alarming things about our baby's heartrate.  The words "emergency c-section" were mentioned.

Our (wonderful, wonderful) OB (seriously, I've had three babies in three different states with three different obstetricians, and while I liked all three, Dr. H is the clear winner) had just finished updating us on what was going on and what might be happening soon, etc, etc, patted my arm, and was getting ready to walk away when he looked down and said, "Why is there a puddle right here?"

Well.  It turns out the nurse had accidentally detached my drip, so all that pitocin had been dripping out onto the floor instead of into my system, explaining the slowed contractions, along with everything else.

I was about 1% irritated and 99% super sympathetic for that poor nurse, who was clearly mortified and red-faced and quailing under the strong, disapproving and "WE'LL TALK ABOUT THIS LATER" gaze of Dr. H.

They hooked me back up, everything sped back up, and within the hour we had ourselves an Atticus.  He weighed 9 pounds, which to me meant the doc was right, we did need to get him out before he went all Monstro on us and I had to deliver a giant (bad enough that just when I thought I was done the doctor said, "Okay, looks like you've got one of those whose shoulders are as big as their head, keep pushing,"), but to Derek he was still teeny (my husband was 11 lbs, 11 oz when he born, and I think was secretly hoping to have babies as big as he was, never mind that such a thing would surely have split me right in half).

Now we have this guy: 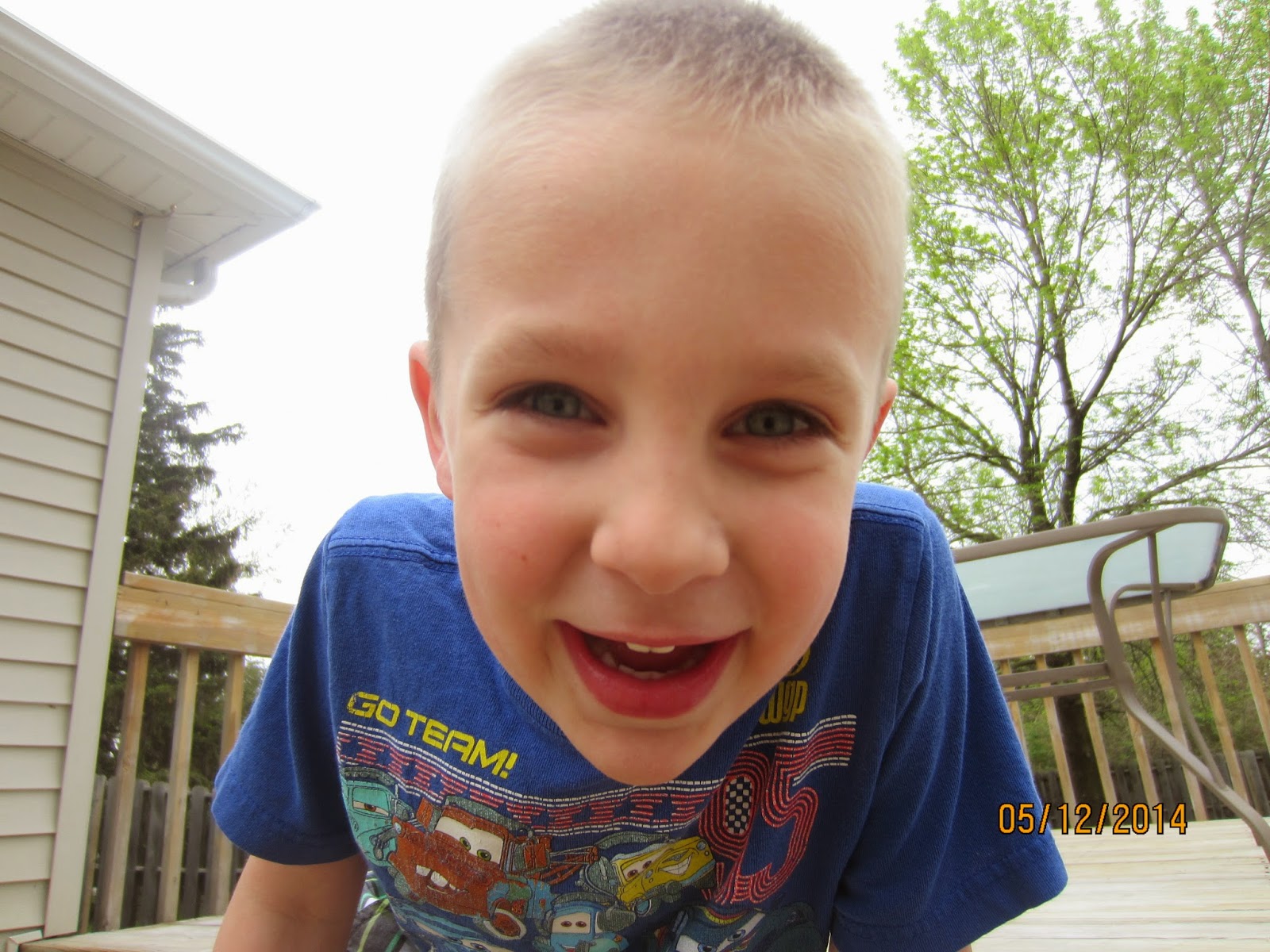 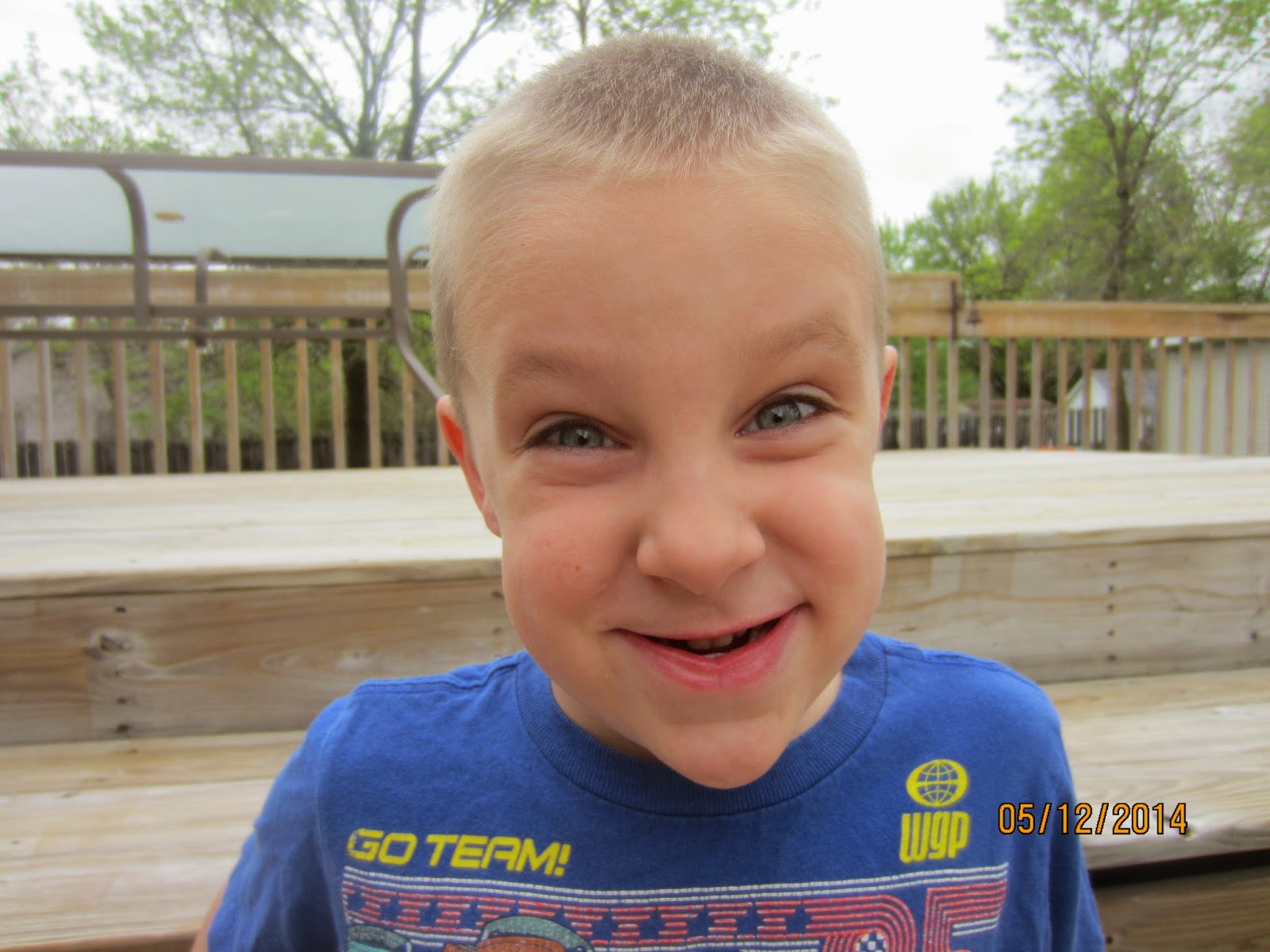 He loves golfing and riding his bike and building with legos.  He's the only kindergartener I know who was seemingly born with the gene for delayed gratification:  If he's offered a piece of candy, his first question will be if he can wait and eat it later.  If I say, "You can either have dessert now, or after supper," he will always choose after supper.  I thought I knew what all his favorite clothes were until recently, when he told me, "Mom, do you know why I always pick the clothes I don't like as much?  It's so I can wear my favorite shirts later, and they'll be clean if I need them on a different day."  He has a backpack full of suckers and other small rewards they hand out at school, and nothing seems to make him happier than quietly adding to his little stash.

He's incredibly physically affectionate.  He loves to be hugged and held and never wants to sit next to you so much as half-on you, a leg and an arm draped across your body.  He's friendly and laughs easily and makes friends quickly.  He's tall and skinny and so, so dear. 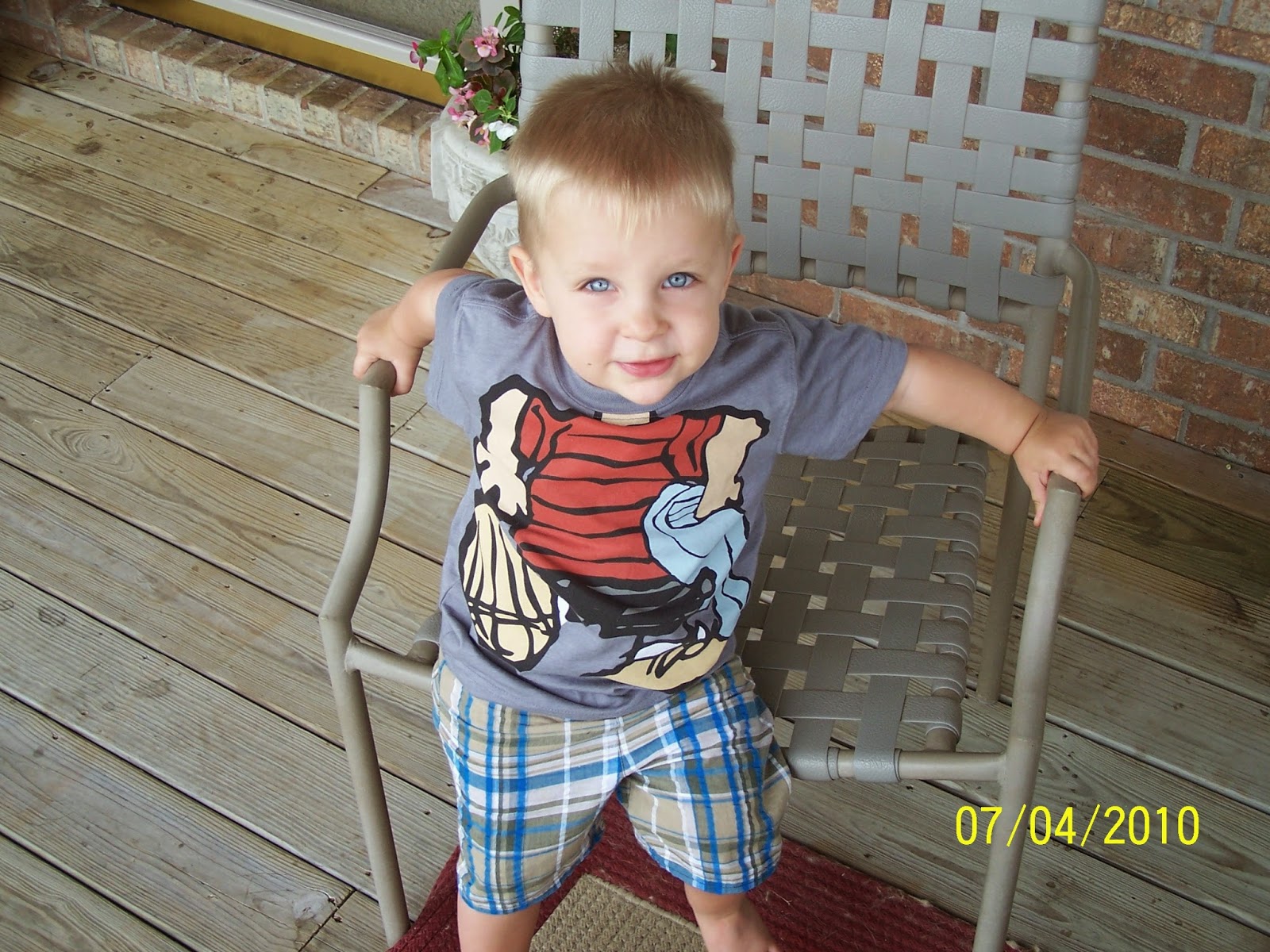 Bless my stars.  You guys are lucky I can't access his baby pictures on this computer, or today would be a total wash.  It's not my fault I have a ridiculously cute son, okay?  A six year old son who woke up this morning and joyfully exclaimed, "I'm six!" at least a dozen times before he left for school.