Last Saturday Derek and I announced that we had a special treat for the children:  We were heading to the golf course after church the next day for an afternoon of family togetherness and fun and bonding and stuff.

The boys cheered.  Adelaide did not.


Sunday morning I packed a mess of food in a cooler, forced our children to look more or less presentable, then headed to church, where Derek had already been for several hours pushing buttons and working with cameras and telling people how to push the buttons and work the cameras.

We did our church thing, I passed out food, everybody ate, and we arrived at the golf course.  The boys were squirmy and excited as we slathered them with sunscreen, Adelaide looked like a character from Dickens, right up until she realized what was happening. 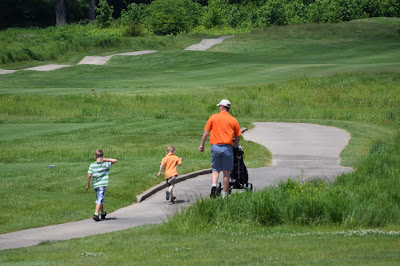 Derek, Atticus, and Caedmon were heading out into the heat and humidity to golf.  Adelaide and I were not.

The two of us were staying on the cool, shaded veranda to read and watch the swallows and sit in the comfy Adirondack chairs and, most importantly, not golf.

The swallows were particularly fun to watch, as the male and female took turns sitting in the nest, one swooping out to stretch their wings and grab a bite to eat when the other flew in to relieve the first. 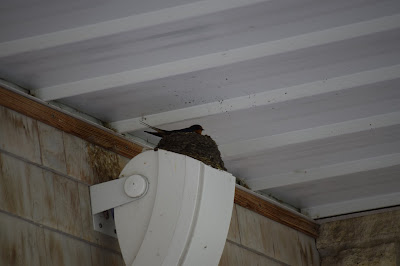 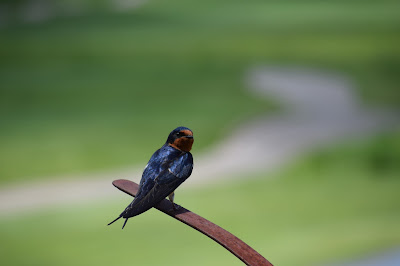 Each really seemed to relish flight and freedom after a long spell of sitting and parenting.  I can relate.

Derek didn't really get to golf, as having both boys golfing at the same time doesn't really allow for things like concentrating on your own game.  He can relate to the swallows, too.

Adelaide and I did abandon our respective leisure pursuits to join the boys on their final hole. 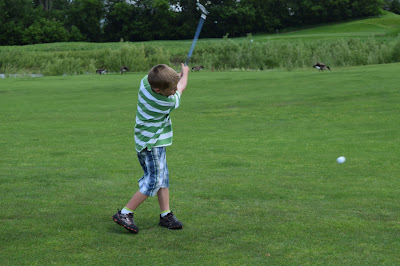 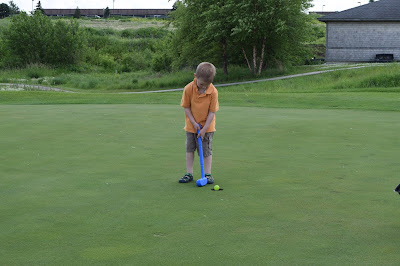 Afterward Daughter and I agreed that we enjoyed ourselves more than we ever expected to on a golf course.

Then we all went and got ice cream.