Jane, The Fox, and Me by Fanny Britt, Illustrated by Isabelle Arsenault 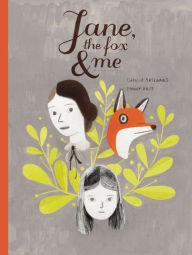 This is a recommendation from me and from daughter Adelaide.  This is a YA graphic novel, but don't let that deter you:  There's something here for most everyone.  I loved it because it celebrates being a bit different and lonely and makes you want to pick up your worn copy of Jane Eyre and wear it out a bit more; Adelaide loved it because it speaks to where she's at right now:  Feeling like an outcast more often than not and finding real difficulty fitting in with other kids her age.  We each zipped through it in ten minutes or less, wanting to find out how the story ends, but it's also the kind of book that you'll want to pick up again to page through, discovering nuances you missed the first race-through and appreciating anew the perfectly fitted illustrations.


The Glass Castle by Jeannette Walls 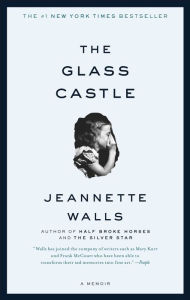 As soon as I finished this book I was like, "I NEED TO TALK TO SOMEONE WHO HAS READ THIS BOOK."  Which is a whole lot of people, as this one isn't exactly new, but still.  I've just now read it, so it's time to start talking about it again.
I remember when it first started hitting the shelves, and seeing on the cover that it was being compared to Mary Karr's The Liar's Club, a book that I decidedly did not care for, so I put this one right back down and carried on for a good nine years without reading it.
Well, now I have read it.  And I am angry.
I don't think it was the author's intention to make her parents seem like monsters, because despite their MYRIAD faults, her love for them shines through very brightly, but CRIMINY.  I can only imagine how difficult this was to write; was it more of an exorcism for Ms. Walls, or did she find herself back in therapy, feeling re-victimized?  I think her folks did love her and her siblings, as much as they were capable, but it feels like a bona fide miracle that they all survived to the extent that they did.
Now:  Why didn't I hate this book?  I should have hated it.  I usually can't stand this type of memoir, because so much of it feels overwhelmingly hopeless.  Was it because I knew the author survived her own childhood and thrived despite (because of?) it?  Or is it a huge testament to her ability to tell her own story in a way that never felt whiney or self-suffering?  Was it that a better life seemed constantly possible and just around the next corner for these kids, or what?  I need someone to explain my own feelings for this book to me, STAT.
Posted by The Crislers at 2:24 PM