Last week we headed south to spend the better part of a week at my mom and Mark's. 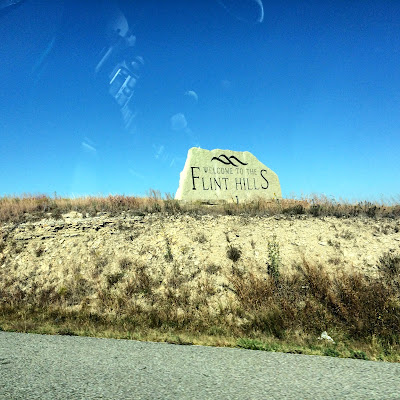 Even just driving through, the Flint Hills remain one of my favorite places to be, forever and ever, amen.

Now, because I'm guessing most of you don't count the Flint Hills among your favorite vacation destinations, I snapped this crappy picture from our moving vehicle.  Years ago, I read an article by a globe-trotting photographer who, amongst all the places he'd visited, absolutely loved the Flint Hills, but always felt very torn when people found out he'd recently been to Kansas and subsequently asked him if it was as beautiful as his pictures suggested.  He felt that a major part of the beauty of my home state lay in how unspoiled much of it seems, and so, even though he was tempted to expound upon its loveliness, he instead replied, "Nah, man.  Kansas is a wasteland." 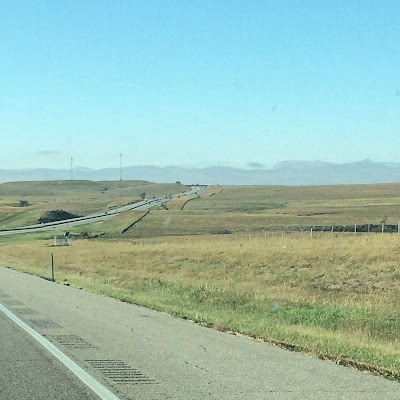 And here's the sun gathering up its skirts and preparing to rise over the wasteland, which we got to see because when we left to return to Iowa we had to leave early enough in the day to be back to watch the Vikings game.  I am not kidding. 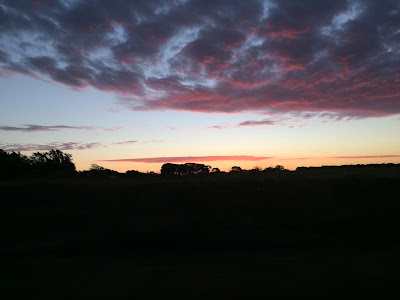 I'll be writing all about our trip next week, but because telling stories in order is hard, today you get the brackets of the trip, traveling south then traveling north.

Soon after that sunrise, we found ourselves being tailed by a white Honda.

This little car remained firmly behind us for a good 200 or so miles.  Derek's theories as to why the Honda did not want to venture out on its own:


Pretty sure he ended up going with theory #3, because as a t-shirt of his reads, it's hard to be humble when you're from Iowa.

And as final proof of my love for the Sunflower State, I would like to point out that I made well under a dozen derogatory jokes about the sign on a motel in my hometown that has recently changed brands/chains/name, from the Comfort Inn to the Quality Inn, and who advertised this change on their sign, stating that they were "Formally Comfort Inn."  This can only mean they are the Comfort Inn on special occasions, and the Quality Inn is for everyday casual.

Oh, Kansas.  I love you anyway.