Pie and Daughters, Daughters and Pie

The pie is finally gone, which means it's time to talk about pie some more.


We had four pies in attendance on thanksgiving. 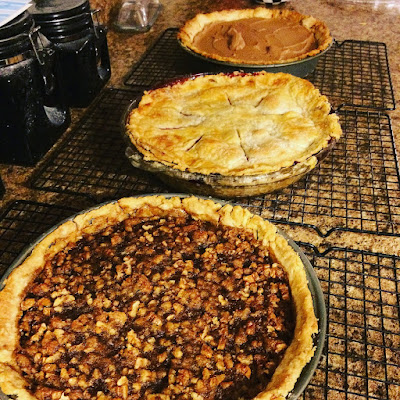 If you're scratching your head, counting pies, and saying to yourself, "Hang on, she said..." it's because Derek's sister brought the fourth pie.  I took this picture Wednesday night, after Adelaide and I had made our three offerings, and smack dab in the middle of an epic wrestling match with my flighty self control.  I so badly wanted to somehow sneak a piece, but this is difficult when the pies are still whole and your guests still have functional eyes.  If I can remember to do so, next year I might take some of the leftover pie dough and make myself a tiny, mini-pie in one of my ramekins along with the big kid pies.  I think that qualifies as having your pie and eating it, too, right? 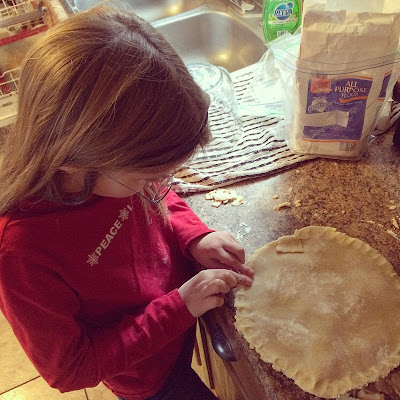 It's entirely possible Adelaide loves making pie more than she loves eating it.  Well, it's close, anyway.  She was giddy all afternoon, waxing poetic about the crimping and the stirring and the rolling.  If you ever get a hankering for homemade pie and don't mind your kitchen being destroyed (we're still working on the whole clean-as-you-go concept), have her over.  She's a riot. 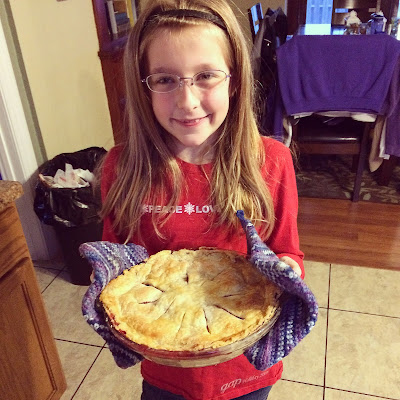 She ended up making the Berry pie herself, along with completing about half of the recipe for the Caramel-Pecan Pumpkin pie (which was so, so good).  She has already said she wouldn't make the berry again, and that I need to come up with a more challenging pie for her.  I'm thinking strawberry rhubarb, maybe?

When we weren't making pie, we were making mashed potatoes, which I did not get a photo of, but I did get this: 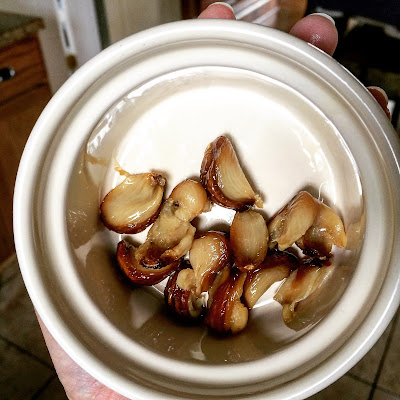 Roasted garlic:  Looks disgusting, tastes delicious when mashed into the potatoes.  Also makes your house smell amazing, provided you think garlic smells amazing, which of course I do.  Do you think there are people out there who possibly don't?  Probably the same ones who say things like, "I don't actually like ice cream," and "I always drive in the left lane on four-lane highways.  I just prefer it on that side, even if it is supposed to be just for passing."

Amidst all the state-sanctioned gluttony and Christmas decorating, I've become increasingly aware of a role reversal between Adelaide and I.  When I get too busy, I don't always use the wisest parts of my brain, and Daughter seems to feel the need to mother me at those times.  Wednesday I got so preoccupied with food prep that I forgot to actually eat anything, until it was 3 p.m. and I was getting a little light-headed.  I made up a pitcher of smoothies for some quick nutrition, but then I got distracted with kitchen clean-up and forgot to actually eat the prepared food, until Adelaide got in my face and commanded me to "SIT DOWN AND EAT BEFORE YOU COLLAPSE."

Then, I went to haul the Christmas tree out of the basement (we have a fake tree, not a pine forest in our basement.  Just in case you were wondering.), and although Adelaide wanted to help, I insisted on bringing the (rather heavy and large) box up myself.  After much tripping and histrionics on my part, I finally managed to wrestle it up the stairs, and paused for a brief moment to sprawl flat on the kitchen floor, which allowed Adelaide time to tap the box meaningfully and glare at me. 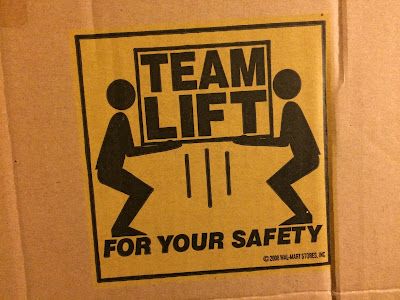