The kids and I made our triumphant return to Iowa yesterday; "triumphant" because as a recovering procrastinator, one of two things tends to happen after I travel:  Either I unpack immediately, putting things away and starting the laundry and keeping the kids on task, harnessing all that energy sizzling out of them after seven straight hours in the car, OR I do nothing and spend the next week ignoring the pile of bags sitting in the corner, acknowledging its presence only by gesturing vaguely at it when the children ask where certain necessary items are.

This time I suppressed my natural inclinations, pretended to be a high-functioning grown-up, and did all the necessary post-road trip chores, which means today I was free to enjoy the March snowfall,
and rejoice over my crocuses, which, yes, have bloomed! 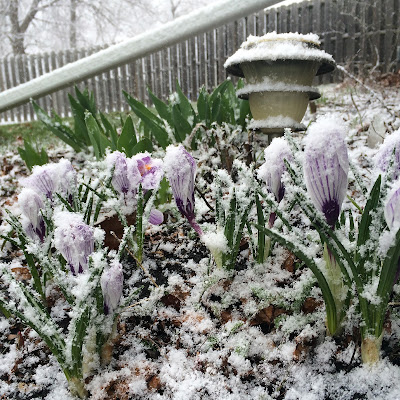 Remember, I planted those bulbs two autumns ago, then lamented over the zero blooms that emerged last spring.  Foliage, yes, but flowers?  None.  The day before we left a single crocus bloom had opened up, which made me feel elated and victorious and vindicated as a gardener. 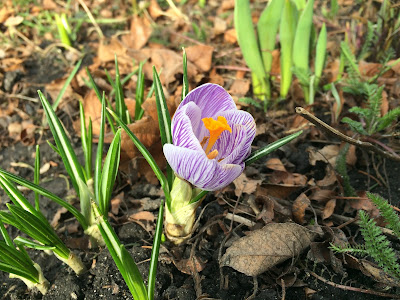 Now I'm wondering if all those crocuses and daffodils just needed a milder winter to help them out.  I'll try and remember these spring flowers when we're drowning in Japanese beetles this summer.

Other than snow, today involved Derek proposing we perform a mastectomy on one of the boob lights in our house.  This is what has been watching us eat for the past six years: 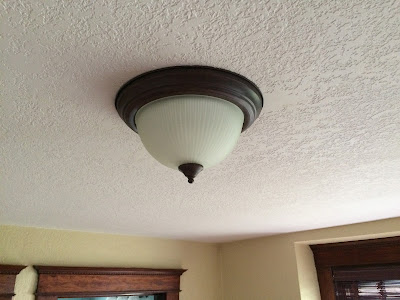 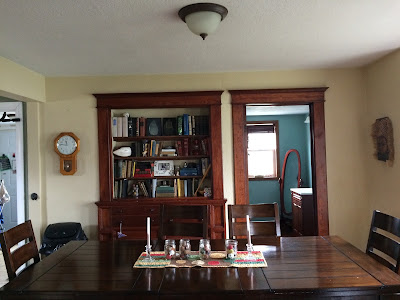 Thankfully Menard's had the fixture we've had our eye on for a solid year now (had they no longer stocked it, no doubt it would have been a least another year before we could find another one we both agreed upon) and it was on sale.  Then there was fun stuff like Derek removing the boob and making an additional trip to the hardware store and doing things with wires while I took pictures. 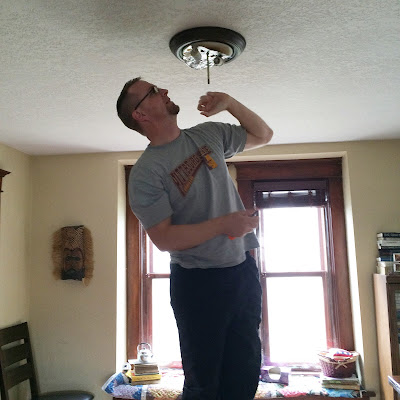 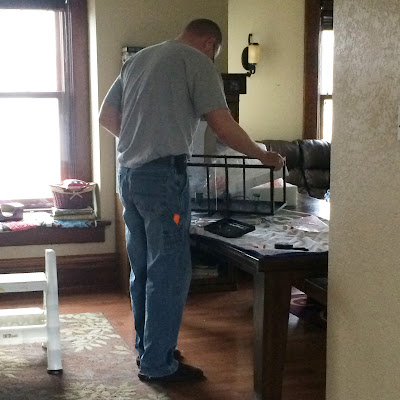 At that point an actual contribution was required on my part:  I held the light fixture up while Derek worked on connecting stuff up in the ceiling... or something.  Astonishing news!  My upper body strength still sucks.  Thanks for nothing, yoga. 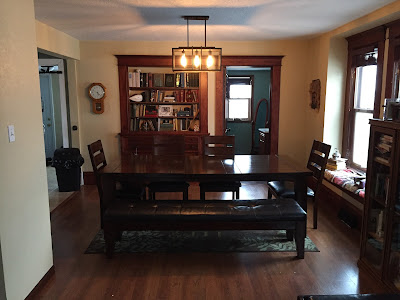 Much better.
Posted by The Crislers at 6:56 PM