It's spring break around here, and when I woke up this morning it was cool and misty and foggy:  Perfect weather for a trip to Reiman Gardens!

The children didn't quite share my opinion- I mean, they were happy enough to go to the public garden, but didn't understand why foggy and chilly made it perfect.  I, in my more advanced years, knew that such conditions would serve the two-fold purpose of 1) keeping away any crowds, and 2) make it possible for us to pretend that we were on the English moors, or wandering through an English winter garden, or any number of things foggy and English. 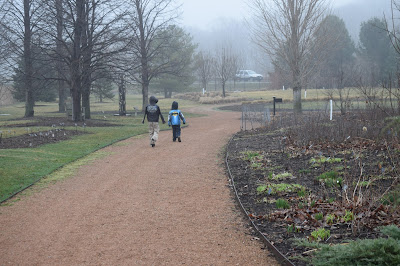 And I was right, on all counts. 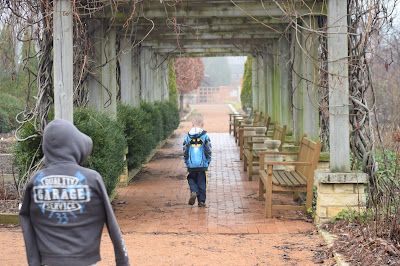 We saw all of two other visitors.  This is possibly also due to the fact that in March, there's not a lot blooming in the garden- not a single thing, actually, at least outdoors- but there are still things to do and see and hills to ramble over. We found a spiderweb, which for once I was happy to see, as our winter was mild enough that the freeze only reached a depth of six inches.  This makes me worry that we'll have a buggy spring and summer, so bring on the spiders!  As long as they stay out of our house!  And away from my hands when I'm gardening.  So bring on the shy spiders! 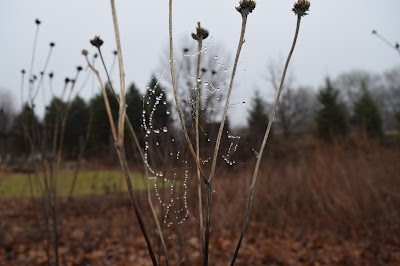 There were some not-so-shy red-winged blackbirds sending up a racket in the lily pond.  I was surprised at how long the kids wanted to pause and observe these. 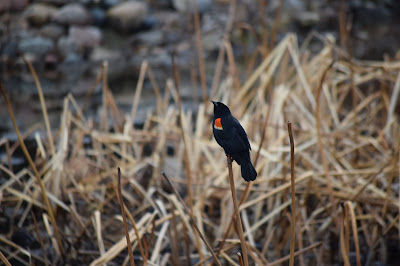 The kaleidoscopes in the children's area is forever one of my favorite features.  We found they still have wintery plantings in the container, which created some beautiful fractal designs. 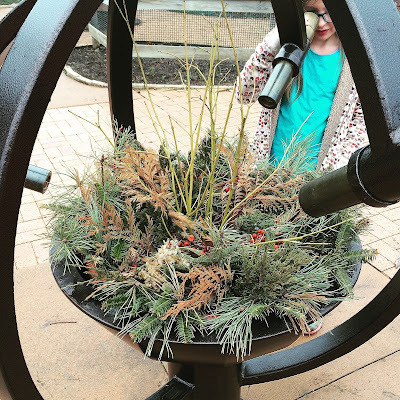 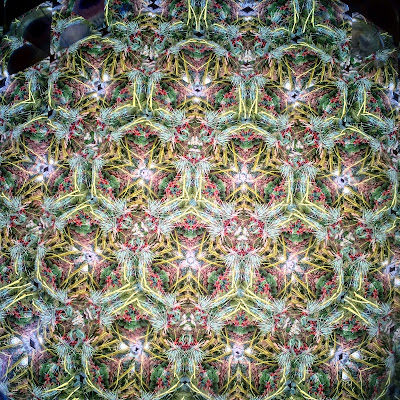 Adelaide and I also made a quick trip into the women's bathroom, not because females feel a compulsive need to travel in herds to those places, but because you never know what kind of flowers they're going to have in there. 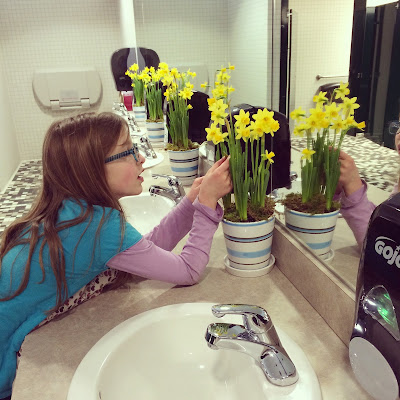 Live daffodils!  Just what Iowans need after a cold winter (although apparently not cold enough, hmmph), and on a dreary spring day.  Keeper of the Reiman Gardens Women's Bathroom (I'm pretty positive that's an official title), thou art wise.  Strangely, the boys reported no flowers in the men's room.  I'm not sure what that means.

On the way home, Adelaide saw a sign for "Apple Pi," and after I explained to her that today was 3/14- or Pi Day- she begged to make a pie.  I told her a bunch of true things, about how I already had a million things to do this afternoon, like laundry and calling about the possibility of a new hot water heater (a tale for another day, hopefully), and packing for tomorrow's trip south (beware, thieves; the muscle's staying behind to guard the new sconces).  She cared about none of these things.  All she cared about was pie.

I ended up making a deal with her:  I would roll out the crust if she did the rest, from finding a recipe to making sure we had all the ingredients to prep work to mixing, all of it.  She chose Strawberry Pie, and then she just, like, made it.  Because yes, baby thunder thighs are oh-so-squeezable, but older kids are where it's at. 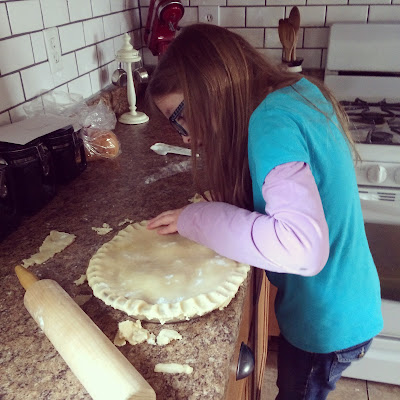 I may have dropped the ball on supper (and packing... and most of the laundry) because the outdoors and my flower beds beckoned, but who cares?  We have pie! 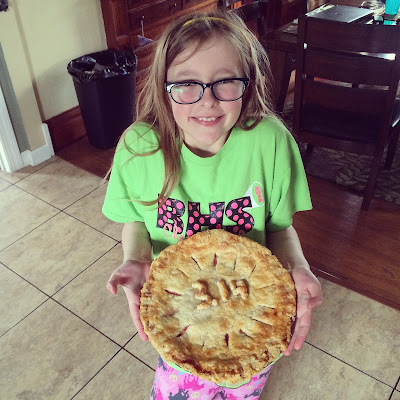 Yes, she's wearing different clothes.  When one of your children asks if they can shower, you don't ask questions, you just let it happen.  She was in her jammies at 3 PM, but again, who cares?  We have pie!