The Best Kind of Tough Choice

Last weekend in Kansas, Adelaide, my mom, and my sister Kelli made pies for the crowd mom had invited over.

Mom always invites a crowd.  It's, like, a thing.

I was so glad Adelaide was having a chance to freshen up her pie skills, as we haven't made any in a while, and you know I'm not eating any subpar pie at Thanksgiving.  I just won't have it. 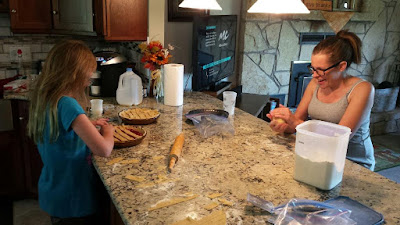 Aside from my mom and sister, of course.

Also we don't have one of those zippy-wheely zig-zaggy pie crust lattice cutter thingies (if you have no idea what I'm talking about, well, I'd say that's fair), so that's always been another handy excuse not to make a lattice crust.  Now that Adelaide's made one, however, I might just have to let her try at Thanksgiving.  And speaking of Thanksgiving! 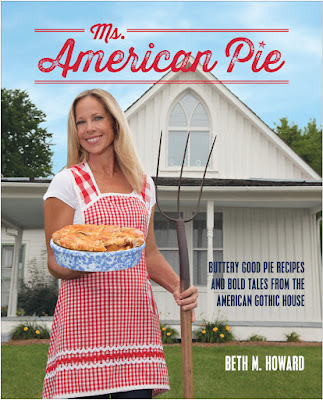 I love this book, because how could you not love a cookbook that, if you were to make a pie chart depicting its contents, would look like this: 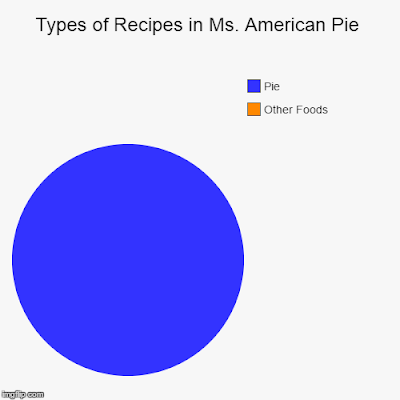 Yes, I made a pie chart about a pie cookbook.  There was no way it was not happening.  I don't have that kind of superhuman self control.


In addition to being a professional pie maker (pie artist?  pie-ologist?  baker?), Ms. Howard is a writer, so the essays in between sections are well-written and interesting.  I sat down last night and read the thing like a novel, front to back.  Now I get to go back and decide which ones will make it onto our table; Adelaide's voting for Chess Pie, which I have neither baked nor eaten before, but which the author makes a strong case for.  My front-runners are her Toffee Pecan, Chai-Spiced Pumpkin, Shaker Lemon, Strawberry Margarita, or Banana Cream.  I have no idea how we will ever choose just two of three.

Also in the running is her Apple Pie.  It is classic.  It is simple.  It is delicious.

It has a lattice crust.
Posted by The Crislers at 9:10 AM