Here is one of the many ways that I am fortunate:  I have a bunch of people checking in on me daily.  "How are you doing?"  "I'm thinking of you!  Still surviving this crazy process?"  "I just prayed for you! Let me know how you're coping!"

And then I gulp back tears because these days a single kind word is enough to cause me to dissolve into a puddle of stressed out gratitude.

Honestly, though, one of the kindest things my people have done for me lately is to continue to share their own news and lives with me.  I still want to hear the good news!  It's a reminder to me that life is cyclical, and seasonal, and all the other words that indicate that hard times don't last forever.  I also want to hear about your struggles:  it jolts me out of my self-centeredness (Will our children survive this move?  Will I ever find friends as incredible as the ones here?  and on, and on.) and reminds me that nobody's life is perfect, big move on the horizon or not.

I've felt bad about how I've been answering this week's big question, though:  "How was your house hunting trip?  Did you find a house?"

The answer is that the trip, while useful, was also stressful.  So stressful.  I feel like most meals involved Derek and I poking at our food in an exhausted sort of manner all while questioning everything we've ever known.

First, though, let's talk about the good things, first being Derek.  We have a strong relationship, and usually align on most big decisions (which is funny, because we are so different in so many small ways), which makes everything easier.  This may be hard and stressful and anxiety-riddled, but at least we're anxious together.

Second is our realtor, Sanam.  When you're spending a lot of time with someone you just met, many things could go wrong.  Maybe they're a gum smacker.  Maybe they only talk to the man and just gloss over anything you, the woman, have to say.  Maybe they're one doughnut short of a baker's dozen and that hole in their personality is where their sense of humor would have lived.  Whatever, she was great.  Is great.  So nice, and really insightful; just the kind of person you want in your corner when you're making big life decisions.

Other good things about the trip?  Connecticut is prettier than I remember it being.  This may seem trivial, but aesthetics are important.  Just ask Hobby Lobby, or any other store that makes its millions off people needing to find their surroundings visually pleasing.  The people are also much friendlier there- this was a pleasant if somewhat uncomfortable realization.  Is it possible that- gasp!- I was the problem?  Or that 21-year-old me was the problem, anyway?  Let me also put forward Derek's more flattering theory:  I moved to CT from southern Kansas, where you can walk into a gas station knowing no one but leave having been christened the maid of honor in the attendant's upcoming wedding.  Okay, so I'm exaggerating, but barely.  My point is, the good people of Kansas are very friendly, so to go from that, the only habitat I knew, to Connecticut, where the people are what I privately call "icily friendly" on bad days but "reservedly friendly" on good ones, well, it's a tough transition.  Iowa, however, is a just a tad friendlier than CT, I believe, but definitely closer to the reserved side of the spectrum than the outgoing.  Maybe it's all the northern European descendants?  As in, they're all tall and leggy and light-complected and they'll say hi and how you doing but they don't actually want your life story about how you weren't allowed to eat the food at certain family reunions and also had to be shielded at all times from Uncle Jimmy at those same reunions and haha wasn't that so weird?

So there were good things about last week's trip!  But I've also had to relate how when we were moving to Iowa, we went house hunting and had a "That's it!  That's the one!" moment when we found our house.  We had no such moment in CT, which sucks.  It does.  I also don't believe I'm owed a moment like that, however; sometimes you take what's good enough and make it into something that fits your family.  And we can do that.  This is work we know how to do.

All that to say:  we put in an offer on a house.  There's been some volleying of counter-offers back and forth, which sounds fun but is the worst game ever.  Now we're in a period of waiting again, which is something we've been getting oodles of practice doing over the previous few months.  I think next comes... an inspection?  By an inspector?  One who inspects things?

1.  The sound of David Tennant reading the How to Train Your Dragon audio books, currently lulling our boys to sleep.  There are some pretty terrible audio books out there.  These are not among that number. 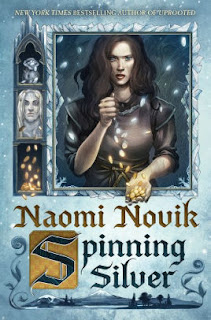 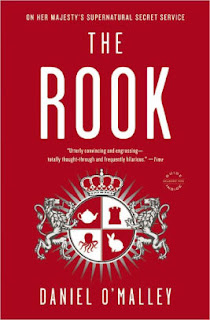 4.  The best book I've read in quite some time, that I may have recommended here before, but is absolutely worth the possible repeat rec: 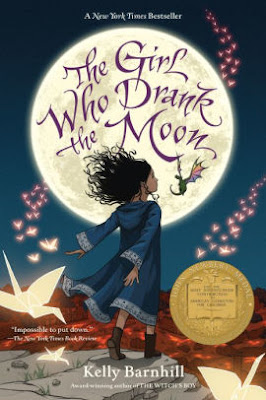 5.  Just about anything by Neil Gaiman, forever and ever, amen.  And if you're noting that this list is a little fantasy heavy, well, you'll have to excuse my increased need for a little escapism at this point in my life. 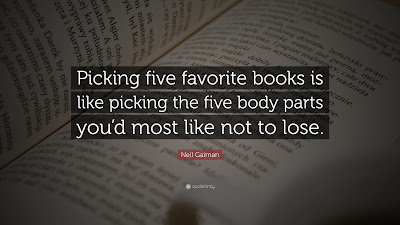